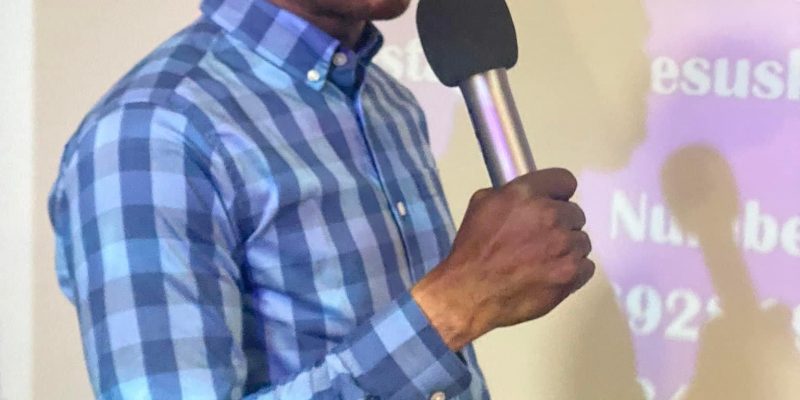 A father had two sons. The younger son said, “Give me my share of the money.” He took it and went far away from home. He and his friends wasted the money, having a good time. Soon it was all spent. Then his friends left him alone.

A man gave him work feeding pigs, but he did not have anything to eat. He was so hungry!

He thought, “My father’s servants have much to eat. I will go home, and I will say to my father, ‘I have sinned. I can no longer be like a son. May I work for you as a servant?’” and the younger son started for home.

The father was watching and waiting for his son. How he missed him! When he saw his son coming, he ran and hugged him and kissed him!

The son said, “Father, I have sinned. I am no more worthy to be called your son. Just let me be one of your hired servants.”

But the father had already forgiven him. He told his servants, “Put a coat and shoes on him. Kill a calf, and we will have a happy dinner together. For this my son was dead, and is alive again; he was lost, and is found.” From Luke 15:11-24.

This story shows how Jesus loves all sinners. The Bible says, “There is joy in the presence of the angels of God over one sinner that repenteth” (Luke 15:10).

The Bible tells us another story about how much God loves everyone.

One day a man walked down a lonely road. He met robbers in the way. They jumped on him and hurt him. They took his clothes and his money. Then they ran away. The man was badly hurt. He could not get up.

A priest came down the road and saw the man who was hurt, but he did not help him. He hurried by on the other side of the road.

A Levite came down the road. He also saw the man who was hurt and stopped to look at him, but he did not help him either. He walked by on the other side, too.

A Samaritan came riding down the road on his donkey. When he saw the man who was hurt, he stopped to see if he could help him. He washed his cuts with oil and wrapped them up. He put the man on his donkey and took him to the nearest inn.

In the morning, the good Samaritan said to the innkeeper, “Take care of the man until he is well. Here is money to pay you. If it is not enough, I will pay you more when I come again.” Found in Luke 10:30-35.

Jesus wants us to be loving and kind to those who are in need. When the love of Jesus lives in our hearts, we will do nothing because we are proud or selfish. But in humility, we will think more of others than we do of ourselves. We will not look only to our own interests, but will try to think and understand how others feel, too. The Bible says, “By love serve one another” (Galatians 5:13).

We are to love our enemies and forgive those who treat us wrongly. We are never to return evil for evil.

When we have the love of Jesus in our hearts, we will be kind to our friends, obedient to our parents, and happy to tell other boys and girls what the Lord has done for us.

Jesus loved us so much that He died on the cruel cross for our sins. Now we should love Him so much that we give our hearts and lives to Him.